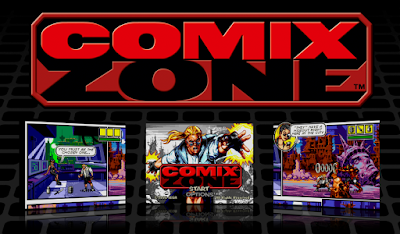 My very first time playing this game was back in 1997, that time I was 17 years of age!! The exact same month and year when FIFA 97 was available to buy in PC World, I could've bought it on the same day when purchasing my new PC but I didn't know at the time until 28/11/97 17:25 when I've purchased Gravis GRIP Multiport from Electronics Boutique, a copy of PC CD-ROM: FIFA 97 game came with it as a bundle - sweet!

It was all started when I really needed a PC desperately for myself to do my college work instead of using Amstrad PCW 8256 (2nd home computer purchased from my dad) while studying City & Guilds 726 IT course at City of Westminster College.

So my dad & I went to Staples Corner PC World on Saturday 12/4/97, spending about an hour browsing around the whole store, searching for a most suitable computer, but as soon I saw Packard Bell 9021XE PC for £2,499!! I immediately got very excited and wanted to buy it because of the look and design of the PC, special features like 33.6Kbps data/fax & speakerphone Modem, Radio Card, separate Media Select Control Panel, remote control and many more. 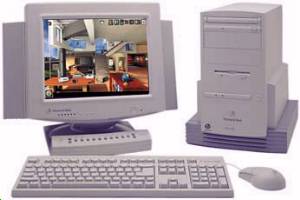 Ending up having a small argument between with Kamilla and my Dad in the process because Kamilla (PC World Sales Assistant) saying Hewlett Packard 7370V PC is the best, just because of the brand name. This PC had very tiny Media Select control (Easy Access Buttons) built onto the top of the Desktop case very similar to Compaq Presario 4180 PC, no £1,000 worth of free software, no remote control or Radio card and its costs £500 more than Packard Bell 9021XE PC without any insurance included and my dad just agreed with her, but I disagree with both of them and I hated the tiny Media Select control built-in on top of the case so much. In the end, having no choice, my dad had to purchased it at 3:40pm as my 3rd home computer, spending in a total of £3,044 (I've paid him back with interest bit by bit in the end) including the 5 year insurance, over £1,000 worth of free software including Comix Zone.

A few days later after got used to my Packard Bell 9021XE PC, going through, installing and trying out briefly all bundled free software included with the PC via keyboard until 27/8/97 11:33am I've purchased Quickshot Super Warrior Joystick from Kilburn Dixons, I've decided to play Comix Zone more fully, now that I've got a Joystick to play with, during that time, there was no FAQ/Walkthroughs, cheats, nothing available on the Internet.

So I had to learned about everything the long and hard way such as which power up items to use, where and how to get up the items using Roadkill, which paths to go, how to defeat the enemies, etc, etc, etc. Spending huge amount of time playing this game using both Keyboard (for inventory items) & Joystick (mostly for movement) while writing lots of rough notes onto various scrape bits of paper scattered all over around my bedroom, eventually, I've typed up rough version of this guide into word document (can't really remember exactly when I first started typing and saved it into word document) then added a copy of it onto the Internet (can't really remember which web sites I've used) during that year. Some years later on, all FAQ/walkthroughs, Cheats are available on the Internet, but my guide is wasn't included somehow. The funny thing is that all up to this time now I've still have all the paperwork including receipts as proof of purchasing Packard Bell 9021 XE PC.
I love this game so much, and it's one of my favorite PC / Sega Mega Drive games. I want to say thanks to Sega and the rest of the cast who design this beat-up game. I got to admit that I was completely hooked as it was both very interesting and tricky at first, very addictive playing this game, couldn't really help it with playing this game and won't stop until I finally completed it! Here how my Comix Zone game progression went while playing this game as follows:
I don't even know the total of how many or times I've spent played this game - that's the thing, but I loved it and up to this date, I still play this game on my spare time having 100% game completion with ease each time without using any cheats at all, knowing all every single detail from my guide by heart!

I can't stop laughing as it's too funny like throwing a knife to Gravis causing him sending flying through and breaking the cage at the same time to get Roadkill out, again sending Gravis through the dividers and into the bottomless pit, getting stung by Cocoon Crawler while trying to punch them in the air, setting up the bomb on either Gravis or Mortus and BOOM!

My personal favourite is when the ending after Kung Fung is defeated, I immediately do in this order for fun: Release Roadkill, drink last Iced Tea to get complete full tank of gas (health) and start doing all the combinations or Whirlwind Jump Kicks (sorry, I can't really help it) while the old man is sinking into the water / blowing up to bits. I loved the way he says usually phrase "C ya", then Alissa says "Well done Turner!" and then I join in and say "Oh Yeah!", raising my right hand up and down whilst Sketch says all at the same time. The list just goes on and on! Oh, boy, I really love this game so much, bringing me back lots of good memories!
Posted by Jonathan Erskine-Nartey at 15:04 No comments: